Steve Lillywhite: Steve Lillywhite, East Village Radio and uh, that was The Lars' "Son of a Gun", off the album "The Lars", it was their only album. But in fact I did an interview last week for the box set, which is very strange, very strange. Ah, but anyway, I'm here with Amy Lee. ...and how are we doing?

Amy Lee: I just picked a song, last minute, so... he's plugged it in for any second. Well, you can talk if you want. Talking's cool.

Steve: [she picked a song, alright] Well, we'll talk, we have fifteen minutes to go, uh, the weather here in New York's a little bit gloomy. But, uh...

Amy: *laughs* I like it that way. That's the most inspiring to me definitely.

Amy: Well, it's like you're supposed to be inside and it's raining or whatever and...

Steve: Well, yeah, the great thing when you're making an album, is that you don't want to be tempted by "Oh, the weather's nice. I wanna go outside." You wanna go "Oh I wanna go in and" which is... yeah!

Amy: *laughs* Yeah... and just hunker-down in the cave and get creative and read.

Steve: Which is why I always thought the best music came from, um, from places that were not great weather.

Steve: You know, because...

Steve: You know, although L.A., you know, all that sort of... although I have to say I love the Beach Boys as well, you know...

Steve: Um... what can I say? So, Amy, would you like to introduce this next song?

Amy: I just picked a song off my iPod. It is Tear Drop by Massive Attack. It's probably... it, it is my favorite song of theirs.

Amy: Hah, somebody said that?

Amy: Talk Amy, nobody wants to hear your song.

Steve: Aww, well, you know, if you wanna hear... I mean, that's why we didn't play any old Evanescence because basically if you're listening to this...

Steve: You can listen to it whenever you want.

Steve: Ah! The stomping! Well, that's about me, that's nothing to do... Steve's stomping...

Amy: No, it was pretty funny! Well, that's us in the studio. I mean, I wonder if they know what we were doing.

Steve: We were doing some, some stomping, uh...

Steve: Right. And I was stomping, we had to stomp on the beat. Now, I realized...

Steve: As I was, see these are all these thoughts that are all gonna happen within a split second, but as I was jumping up I realized I'm a little ahead of the beat... so I need to hold, I need to slow...

Amy: I need to defy gravity and stay in the air longer and that doesn't work. *laughs*

Steve: Exactly! That's what I was trying to do! And all these split second decisions happened in my mind that actually ended up me, falling over, and uh...

Amy: It was priceless.

Steve: I did say we should send that off to America's Funniest Videos and we could earn $250.

Amy: Well, I was saying, they should have a show called um, America's, well, not America's, just like Funniest Celebrity Videos type show... [it'd be pretty lame]. But no one would ever approve of anything.

Steve: No, exactly. But, I want everyone to see me falling over.

Steve: That was awful.

Amy: I, I plan on tweeting more videos from the studio soon.

Steve: Yes, there will be more videos! Amy has been doing a fantastic job with her Flip camera...

Amy: Oh yeah, I have! I've been documenting pretty well.

Steve: Yeah! So... have you worked out how to edit them and that?

Amy: Sort of. It just takes a long time... I have to, like, take it from that camerea and put it into the program. Anyway, it's boring...

Steve: Into another program. Okay... so that's good! So, um... just hearing that last song, I thought I'd play this one.

Steve: It's Steve Lillywhite here, on the Lillywhite sessions, with the special guest, Amy Lee and we're coming to the end of this part of my career... and your career! And the next part of our careers will start about in a half an hour.

Amy: It doesn't have to end here!

Steve: Let's not be too soon cause we have another minute and ten seconds to go!

Steve: So, uh, where are you going now, Amy?

Amy: Well, I think... I'm just gonna get in the cab with you and we're gonna go to the studio *laughs* and make some more awesome sounding songs

Amy: I think I want to start on 'You Got A Lot to Learn'.

Steve: Right, so you've just given away a song title. *laughs*

Amy: Right. Right, I guess. That's cool! I was prepared for it when I, when it came out of my mouth.

Steve: *laughs* Yeah, so there's a song called 'You Got A Lot to Learn' on the album.

Steve: So, it's really good and, um, that should be a nice, nice one to get started.

Steve: That's the vibe of the day! So, again, thank you very much... it was a pleasure to have you on the show and for the last 23 seconds...?

Steve: Oh, got it! Limping across the finish line here. *laughs*

Amy: Thank you, everybody for calling in and twittering me. Everybody's been so sweet and...

Steve: Yeah! And there will be lots of, uh, juicy updates!

Steve: Of the video and any sort of kind, so, uh, keep listening and thank you so much.

Steve: I'll be back next week, okay. 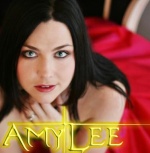